Posted on February 20, 2012 by kelligillespie

For Disney’s new epic sci-fi fantasy John Carter, all us junketeers were taken to The Boulders Resort in the desert of Arizona. The setting was breathtaking as it was supposed to look like Mars since the film is based on Edgar Rice Burroughs’ 11-volume Barsoom series. The interviews with Willem Dafoe, Taylor Kitsch, and Lynn Collins were set against the most picturesque boulder and desert landscapes. 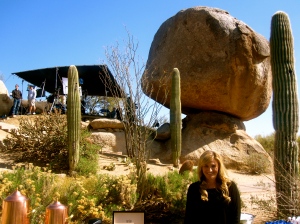 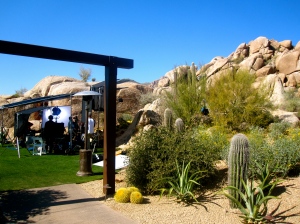 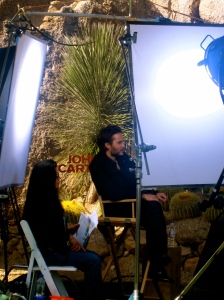 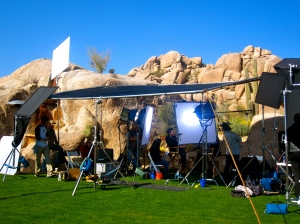 And because the movie was so physically demanding on the actors we got the opportunity to choose an activity and I decided to try rock climbing for the first time! It proved to be a mentally and physically challenging trek. I started on the smaller boulder with the guide teaching me but then tackled the 80 foot boulder. Every single person in our group pushed themselves to the top. Successful and fun day! 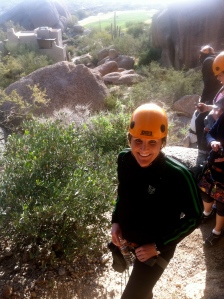 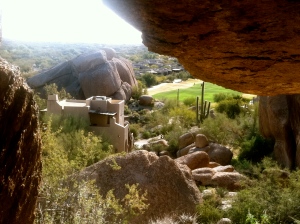 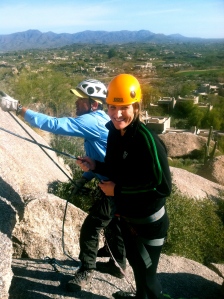 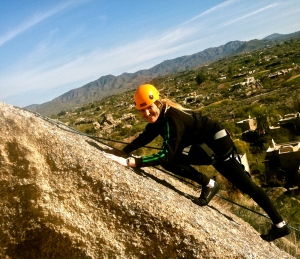 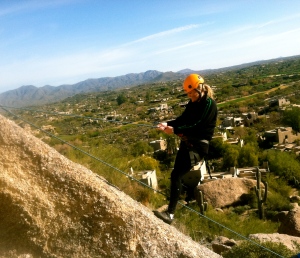 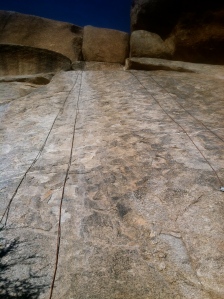 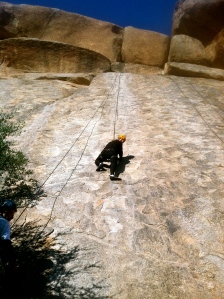 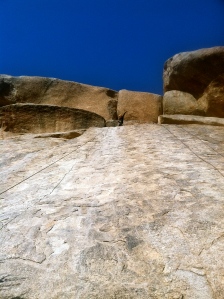 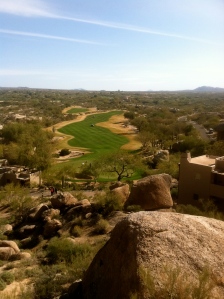 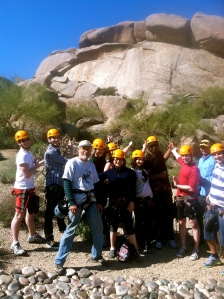